News Borelli Reflects on his Time in Albany 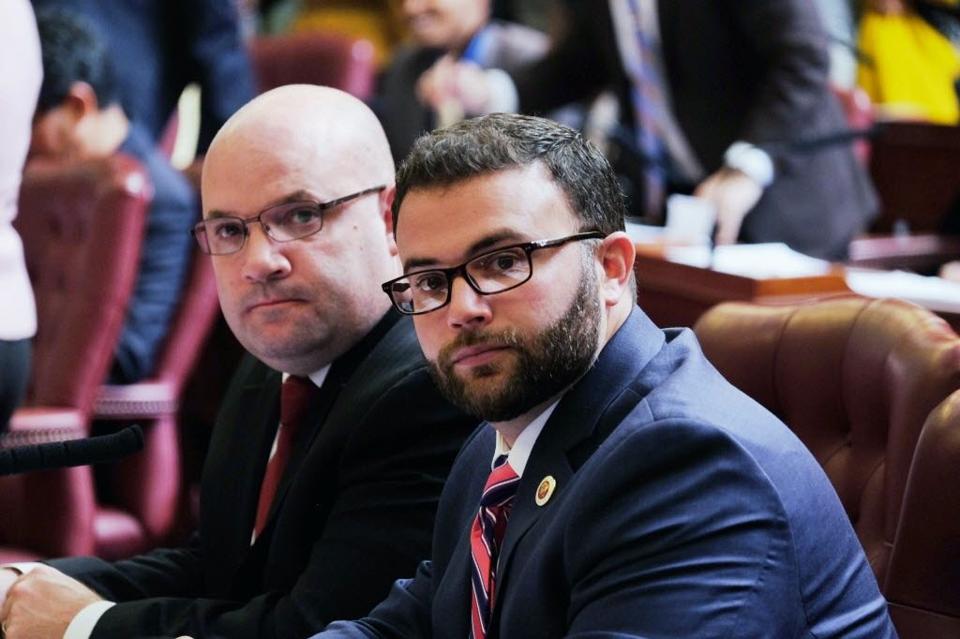 STATEN ISLAND, N.Y. — Joe Borelli has choice words for some of Albany’s leaders as he adjusts to his new role as the South Shore’s representative in the City Council.

Reflecting on the public corruption cases of former Speaker Sheldon Silver andformer Senate Majority Leader Dean Skelos, the Republican says while he doesn’t see it as an indictment of New York state government as a whole — “there is truth in the old saying ‘Absolute power corrupts absolutely,” he said.

Giving Silver, Skelos and Gov. Andrew Cuomo — “three men in a room” — concentrated power to make decisions for their parties, chambers and the state made them feel above the law, Borelli said.

As many call for various ethics reforms, Borelli sees value in limiting the outside income lawmakers can collect, making the position full time and imposing term limits for leadership positions.

“I really do believe that 99 percent of the members … are just good people who enjoy their jobs, they enjoy politics, they enjoy serving the public,” he said.

“It was amazing to be there this year,” Borelli said. “I think things will be a little better under Carl Heastie. Carl Heastie is now first among equals.”

While Silver amassed seemingly unbreakable power over two decades, Heastie has to appeal to various individuals and groups that will keep him in check.

“That’s a far less powerful position to be in than just being the leader by default for years,” Borelli said.

Taking a look at his time in the legislature, Borelli said reversing some Common Core policies  “was probably the biggest issue, other than the SAFE Act and that controversy.”

His first vote was to oppose the SAFE Act, a gun regulation law that passed in the middle of the night under a “message of necessity” that bypassed usual procedure giving lawmakers three days to review bills.

It came about one month after the Sandy Hook shooting where Adam Lanza shot and killed 20 children in Sandy Hook Elementary School, six school staff and his own mother.

Borelli had sharp criticism of the governor, who worked with Democrats to push the SAFE Act through quickly.

“I think the governor is wrong on a lot of things that he does policy-wise,” Borelli said. The way the SAFE Act was passed, “It’s just wrong,” Borelli said. “It shows the way he does business, it’s just constantly a fight between personalities, it’s totally egotistical, it’s totally self-centered.”

The councilman also criticized the governor’s actions in creating and overseeing the state’s Regional Economic Councils and Start-Up NY, both of which aim to spur economic growth and create jobs.

Lever said, “Despite Mr. Borelli’s comments, we are not going to get into a personal back and forth with a Republican city councilman from Staten Island – a community in which the state is investing significantly, leveraging hundreds of millions of dollars in private investment, and creating thousands of jobs.”

Borelli acknowledges that he was a “chronic pain” to those in power.

“Both to legislative leaders and anyone else who I thought wasn’t doing the right thing,” he said.

Being a member of the minority party — along with Assemblywoman Nicole Malliotakis, the only two GOP members from the city delegation — Borelli was able to get some things accomplished at the committee level.

On the Health Committee, he was able to defeat bills he opposed before they ever got to the Assembly floor.

In committees “we were able to win over enough Democrats to support voting down particularly bills.”

THE GOOD AND THE BAD

“I do miss the formality and structure of the public debates,” he said.

The City Council doesn’t have a similar system to debate different issues on the floor. Instead, councilmember have more public debates in the media, even on Twitter.

Secondly, “I will miss the camaraderie.” As hard as it is to leave home a few days a week, it is nice to be with friends, the former assemblyman said.

What will he not miss?

The 33-year-old first-time father of Joe Jr., said the 2 ½-3 hour weekly drive — “Getting up in the middle of my Sunday macaroni to get on the turnpike.”

Still, he has a 1½- to 2-hour commute to Manhattan three or four days a week.

He won’t miss the late-night sessions, forced to sit in the chamber speaking about an obscure point.

“I won’t miss the partisanship. It’s very vitriolic. It really permeates through everything in Albany. It’s like living in a 24-hour presidential debate between Donald Trump and Bernie Sanders.”

He looks forward to a more “practical” governing body in the City Council.

“There’s always going to be extreme bills that are introduced by extremely progressive members,” Borelli said. “That being said, the firehouse still needs to be open, the firefighters need to be paid, the trucks need to be relatively new.”

“I will miss the state delegation, he said. “I learned a lot from my colleagues. When it came down to Staten Island versus the world, it’s nice to know that the six of us formed a cohesive unit.”