Why won’t New York’s leaders share the data on restaurants and COVID-19? 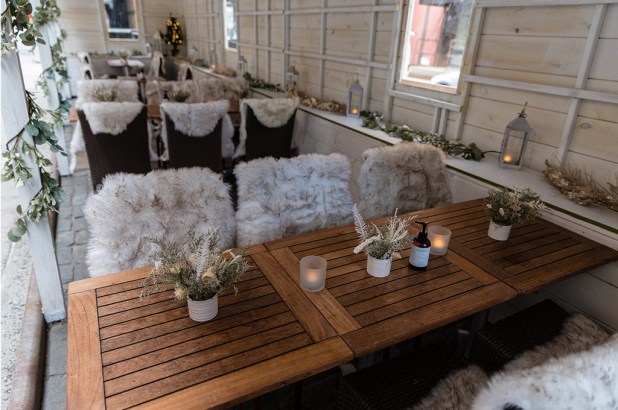 If you’ve dined indoors at a New York City restaurant over the past few months, you know the routine: You must fill in contact information on a form. That way, if someone tests positive for COVID-19, contact tracers can identify others who’ve eaten at the same restaurants and alert them that they may have been exposed.

Surely the tracers must know which restaurants, if any, have had many of its patrons infected. So why is Gov. Cuomo now threatening to ban all indoor dining, and put in other new restrictions, as COVID infections and hospitalizations rise, rather than focus only on eateries with a bad record?

And, by the way, are restaurants really even a vector of the spread? What, New Yorkers want to know, do the data say?

The answer: We have no idea. Yes, you read that right. This vital information — about the dangerousness of an industry that employs thousands of our citizens — has not been released. And not because no one’s asked for it: Staten Island City Councilman Joe Borelli, who increasingly seems like one of the last rational elected officials in the city, has tried and failed to obtain it, as have Rep.-elect Nicole Malliotakis and Council Minority Leader Steve Matteo.

“Data from the contact trace corps was what we were told we needed to reopen. Now that we have no data to target sources of spread, despite having thousands of contact tracers . . . it’s unclear why they are just reverting to their default lockdown,” Borelli says.

What the hell is going on? Where are the data? How dangerous are the restaurants?

There are a few plausible explanations here. First, based on the Occam’s razor principle, is the possibility of pure incompetence, always a driver of city government. Maybe the data simply aren’t being gathered and the program’s money is being wasted. The more nefarious possibility, and one we must hope is not the case, is that the data do exist but are so underwhelming that it would make restrictions on indoor dining seem absurd. The latter would be an inexcusable abuse of power.

New York City’s restaurants have bent over backward, forward, sideways and in between just to stay open at 25 percent capacity. While “Saturday Night Live” is filmed in front of a live audience, with Staten Island’s Pete Davidson insulting his own borough’s dissenters without wearing a mask, our restaurants — almost literally the city’s bread and butter — have been crushed and left begging for crumbs. Pete seems to be doing OK; I want to know why our restaurants can’t be full.

And I want to know now.

If talentless clowns who couldn’t get a laugh in a tickle fight can gallivant indoors, why can’t New Yorkers fill a room for a good steak?

We aren’t all in this together as the corporate advertisers would have us believe. Amazon is racking up sales by the boatload as our small businesses are destroyed, and you are a bad person if you ask why. No more: If we can’t go to our local restaurants and enjoy a meal, we need the data to back up the rationale behind that.

If the city doesn’t have hard evidence showing restaurants to be a threat, then let them open fully; if it does have it, then show it. For 10 months now we’ve been asked to trust the science. Fine. But in order to trust the science, we have to see the science. Right now it looks like small businesses are being destroyed on a hunch.

In the best-case scenario, this is an overabundance of caution. In the worst-case scenario, it is an authoritarian mayor and governor drunk on their own power. There is no excuse for hiding this data from the people of New York, much less its elected officials, who have every right to demand it. New Yorkers are fed up. If restaurants are COVID hotbeds, by now we should be able to prove it.

Mayor de Blasio and Cuomo need to address this issue head on — yesterday. We are no longer in the middle of an emergency but a slow-motion car crash, and our leaders are refusing to turn the steering wheel. As protests in Staten Island last week showed, New Yorkers will only put up with this for so long. Put up or open up, Mr. Mayor and Mr. Governor.

And do it now.